Few places in Albuquerque exemplify the history, charm and serenity of New Mexico as does Manzano Day School. The history of Manzano Day School resides in the children who have been enriched by the school. Since its founding, the school has been true to its mission to develop the whole child as a creative, self-confident problem solver, who is ready to contribute to an ever changing world. Although the school grows each year with new children, new technology, and new materials, Manzano Day School always keeps the well-being of children at its core.

Manzano Day School was founded in 1938 by Ruth Hanna McCormick Simms, an Illinois Congresswoman who moved to New Mexico upon marrying Albert G. Simms, also a one-time Republican U.S. House member. She founded the school out of a deep interest in Albuquerque’s cultural and educational life. Manzano Day School’s first Headmistress, Elizabeth Westerfield, who served the school for nearly 30 years, said at its founding that Manzano Day School’s first concern was “to develop completely rounded individuals by making use of “all the knowledge science has to offer.” From the beginning, Manzano Day School has kept its class size small to ensure individualized attention for each child. Housed originally in historic Huning Castle near our present location at the corner of Central and 15th Street, the school moved to its present site in 1942.

La Glorieta, the adobe hacienda which currently houses the administration offices, was originally built in the seventeenth century by an early Spanish settler, Don Diego de Trujillo. In the mid-1800's, Franz Huning, who would become a leading citizen in Albuquerque, made La Glorieta his family's home. Later, it became home to the Fergusson family; Harvey Fergusson and his sister Erna, born in the house, both grew to prominence as regional historians and novelists. Today, La Glorieta is listed on the National Historic Register.

Manzano Day School was incorporated as a private, nonprofit, 501(c)(3) organization in 1966. During this decade, the school grew to over 200 students, added six classrooms, and capped off its ten-year growth spurt with the acquisition of the Sunset Inn in 1978.

The multi-million dollar capital campaign, Ready, Set, Grow!, goal was met in the 2011-12 school year. A multi-purpose building was built with proceeds from this campaign. The physical education facility opened in October 2010. Current initiatives include an emphasis on increasing our endowment, which will provide stability and sustainability for our school.

Manzano Day School's campus extends beyond its urban boundaries to the Jemez Mountains. In 1974, Calvin and Ruth Horn donated Fenton Ranch, located 80 miles northwest of Albuquerque. Homesteaded in the 1800s by the Fenton family, the main house and its outbuildings sit in a lovely meadow, bordered by the Rio Cebolla and the Santa Fe National Forest. It is one of the few outdoor environmental education programs in the country available at the elementary level. Students gain an awareness of and appreciation for the natural world as they learn ecological concepts, develop personal reliance skills, and practice outdoor abilities.

The history of Manzano Day School is rich and inspiring, and although this is a brief overview, the school's real history resides in the lives of the people who have been touched by the school. Since 1938, Manzano Day School has provided a nurturing educational community in which children experience the joy of individual and collaborative achievement. 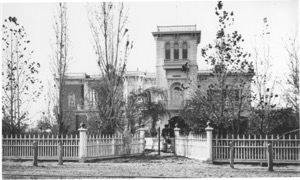 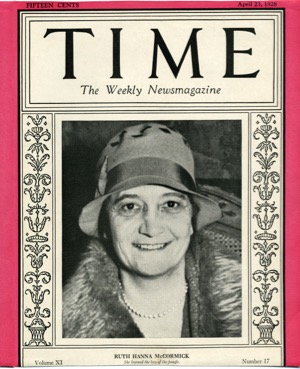 “In 1944 I graduated from Manzano Day School. Since that time many things have changed – New Mexico has grown, Huning Castle is gone, and we are all neighbors by the way of the Internet. Apart from these changes, one thing remains constant: a community committed to Joy in Learning® in the heart of Albuquerque. Throughout the 75 years of the school’s history, children, teachers, parents and alumni have benefited from the philosophy that learning should be a life-long business. Manzano Day School gives each student the means they need to be successful learners, leaders, and respected citizens.”